With over 220 million Moslem devotees across the nation, it is no secret that Ramadan has always been one of the most highly anticipated moments in Indonesia – and there are many reasons behind this excitement. Apart from being the grandest religious events in many Moslem countries, Ramadan in Indonesia unfolds quite differently due to the diversity amongst its citizens. As the world’s largest island country with over 261 million citizens, 7 religions, 300 ethnic groups, and 700 regional languages, it is no surprising if Ramadan celebration in Sabang is different from the ones in Merauke – since the cultural influences would be varied.
Creating a thorough explanation about Ramadan in Indonesia can be difficult, unless we’re looking at one of the most distinctive markers of the holy month itself – Ngabuburit. If you live around Jabodetabek area, chances are you’ve probably heard about this word many times before. But, for those who are residing outside this area, the best way to describe Ngabuburit is activities that one’s do in order to kill some time before dusk or Maghrib. Since the word Ngabuburit derives from Sundanese language, Bandung is then considered as the birthplace of this unique tradition.
For those of you who are looking forward to experience new things this Ramadan, don’t forget to put Bandung on your bucket list, for this place has some of the coolest Ngabuburit venues that you must pay a visit! 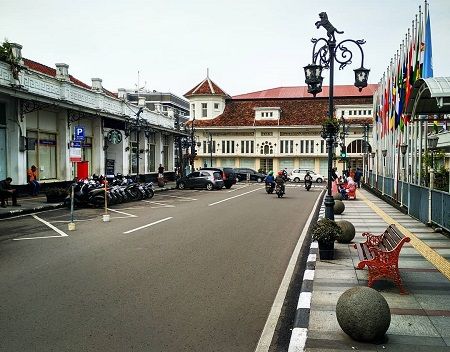 If you’re someone who has street photography as your hobby, then you probably don’t want to miss the chance to stroll around Jalan Braga in the evening. Located in the heart of the city, Jalan Braga wasn’t always as busy and sophisticated as we’ve seen today. Around 1900’s, Jalan Braga was known to be one of the most dangerous areas in Bandung since it wasn’t functioned as a main road until around 1920’s. During the colonial era, Jalan Braga was filled with stores, boutiques, bars, and many other places for entertainment purposes. Famous landmarks such as Societeit Concordia or Gedung Merdeka and Hotel Savoy Homann were adding the ever-so-growing popularity of Jalan Braga during that time. What makes Jalan Braga so alluring to both locals and foreigners is probably the fact that this place has a classic feeling to it. From its signature old-styled buildings to its old school vibes, it would be a shame if miss to write this place down on your bucket list. 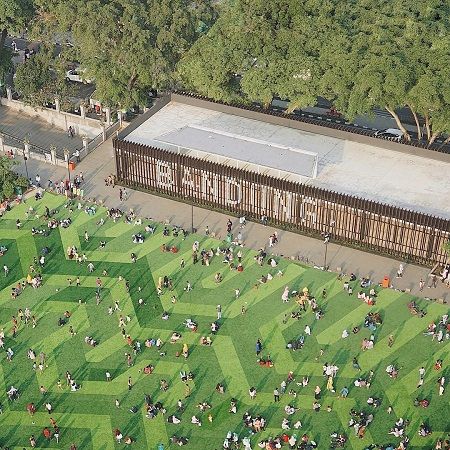 Town Square or Alun-Alun Kota is probably the best place to get to know the city that you’re currently visiting. Because, not only it shows the identity of the city, but it is also a good place for you to start your adventure. The same thing goes to Alun-Alun Kota Bandung, a famous landmark worth to visit which is located 30 minutes away from House Sangkuriang Bandung. According to historians, the existence of Alun-Alun Bandung can be traced back to the 1909, when two banyan trees were planted to commemorate the birth of Queen Wilhelmina’s daughter. After Indonesia had declared its independence, Alun-Alun Bandung had went through several reconstructions until the area is eventually became Bandung’s most recognizable landmark as we know of today. If you are spending your Ramadan in Bandung, then this place would be perfect for a Ngabuburit destination – since you will find Bandung’s Grand Mosque in the same area.

In 1912, the colonial government initiates the construction of a tunnel across Cikapundung River. This then led to the birth of Bandung’s biggest protected forest called Hutan Lindung Gunung Pulosari in 1922. After Indonesia had declared its independence, Hutan Lindung Gunung Pulosari was then managed by Indonesia’s government along with the Ministry of Forestry. It was not until 1963 when Mashudi, the Governor of West Java, made an elaborate plan to turn this protected forest into a botanical garden and tourist attraction – as means to educate the locals about the importance of forest conservation for the environment. Two years after that, the famous Hutan Lindung Gunung Pulosari was then changing its name to Taman Hutan Raya Ir. H. Djuanda, as an homage to the late Tasikmalayan national hero, Ir. H. Djuanda. Being one of the oldest tourist attractions in Bandung, Taman Hutan Raya Ir. H. Djuanda is considered as the most favorite places for people to visit. With the long history and eternal beauty surrounding this area, you will not regret your decision to have a fun Ngabuburit here. 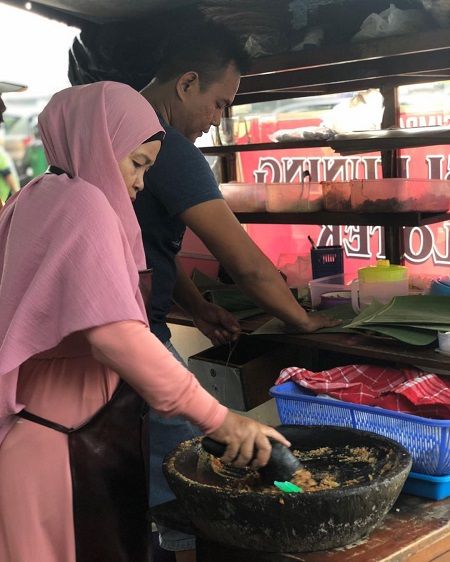 As the fourth most populous city in Indonesia, it is safe to say that Bandung has everything there is to offer. From shopping centers to tourist attraction sites – it’s quite impossible for you to get bored whenever you’re spending some time here. Apart from these two main attractions, locals and foreigners have a soft spot for Bandung due to its diverse culinary traditions and endless unique innovations. Ramadan is probably one of the best moments for food lovers to start planning their visit to Bandung, for every streets and corners around Kota Kembang will be filled with street food vendors – from Bandung’s food staple such as Seblak, Surabi, to Ramadan’s most beloved Ta’jil like Kolak, Fruit Punch or Es Buah, and varieties of Fritter / gorengan. Pasar Simpang Dago will be a perfect choice for those who are looking for a fun Ngabuburit activity, because not only you can hunt for Ta’jil but you can also hunt for some photos while you’re at it! 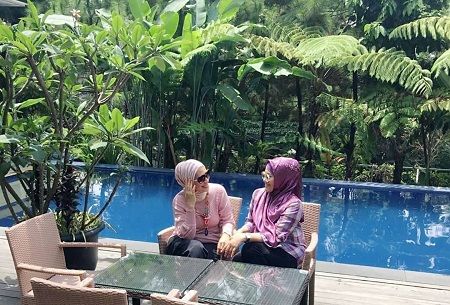 We can all agree that there is nothing better than to spend some quality time with family – and Ramadan is one of those perfect moments to rekindle this relationship. House Sangkuriang Bandung understands the importance of this tradition, so this year we came up with something which can hopefully accommodate your needs. For those of you who are looking for a new twist to spice up your Ramadan, our special staycation and Iftar packages are something you should definitely look into. Starting from IDR 650.000,- nett/room/night, you will not only get the chance to spend a lovely time at our hotel, but you will also get Breakfast or Sahur for two (2) pax, free Ta’jil, and Dinner or Iftar for two (2) pax along with this promo. If you’re not in a staycation mood, don’t worry, because you can still bring your famiy along for a fun Iftar at House Sangkuriang  Bandung. With IDR 95.000,- nett/pax, you can enjoy our special All You Can Eat buffet! For more information and reservation, give us a ring at (022)87832323.