New Year’s Eve in Bandung: 5 Places Worth to Visit

It’s quite crazy when you think about it, but 2019 will closes its chapter in less than two months. If we look back to all the fun things we had done in the last couple of months, surely we don’t want to miss all the fun that might happened on New Year’s Eve. In fact, people are started to celebrate this special day since 2000 BC! As Mesopotamian were said to be the ‘inventor’ of New Year’s Eve celebration.
These days, metropolitan areas such as Jakarta, Makassar, Surabaya, and Bandung are known to have the biggest crowds every New Year’s Eve party. Of course, this isn’t surprising – considering that these metropolitan areas have some of the most interesting spots for such occasion. Take Bandung for an example. This city has a lot to offer for tourists – from the varieties of its traditional food, to the ever-growing numbers of its tourism spots.
If you are planning to spend this long holiday in Bandung, here are 5 places worth to visit during New Year’s Eve. 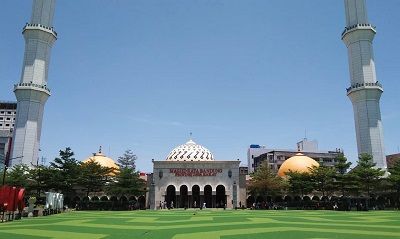 Photo credit @nelaauliya
There is no such thing as ‘overrated’ when it comes to Alun-Alun Bandung. This legendary and most visited tourist spot in Bandung surely has its own charm, which makes people always want to come back. Located 30 minutes from House Sangkuriang Bandung, this place is known to be one of the busiest places in Bandung on New Year’s Eve. Hundreds of people will gather around Alun-Alun and Masjid Agung Bandung to watch a parade, bazaar, even music concert! For those of you who don’t want to miss the festivity of NYE in Bandung, don’t forget to put Alun-Alun Bandung on your list. Also, make sure that you’ve parked your car or motorcycle a few blocks from the main area, so you don’t have to be stuck in traffic after midnight. 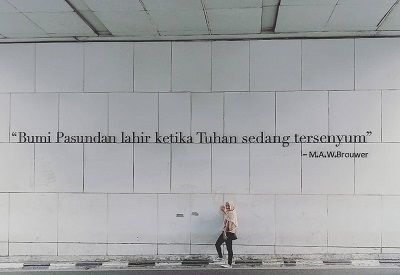 Photo credit @dheahariyani
Less than a minute from Alun-Alun Bandung is Asia Afrika Street – a place where history meets modernity. Similar with New Year’s Eve celebration around Alun-Alun and Masjid Agung Bandung, before midnight people from all across the city will gather here to watch some of the most spectacular attractions like fireworks, concert, and parade. What makes Asia Afrika different is that the ambience surrounded the place will make you feel as if you’re transported to Bandung’s olden days. This due to the fact that Asia Afrika Street has become a home to Bandung’s most historical buildings, ranging from Gedung Merdeka, Museum Konferensi Asia Afrika, and The Center of Bandung 0 KM Monument. 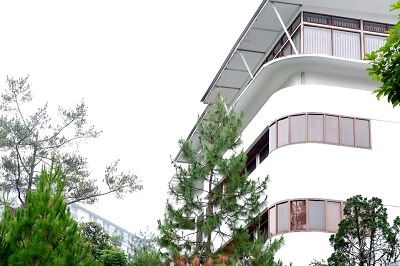 Our next place will be perfect for those who wanted to have a fun yet relaxing New Year’s Eve celebration this year. Unlike any other hotels you might have found in Bandung, House Sangkuriang has this unique homey vibes which can make your stay even more worthwhile – especially during a long holiday period. Thus, it is safe to say that you wouldn’t have any boring days once you’ve stayed here. Not only known for the beautiful green areas surrounding the hotel, House Sangkuriang Bandung is also have an amazing venue by the pool which can accommodate any festive occasions you have in mind – from engagement party, birthday party, to New Year’s Eve party! If you are interested on counting the hours until midnight with us, don’t forget to check our most festive promo on this website! 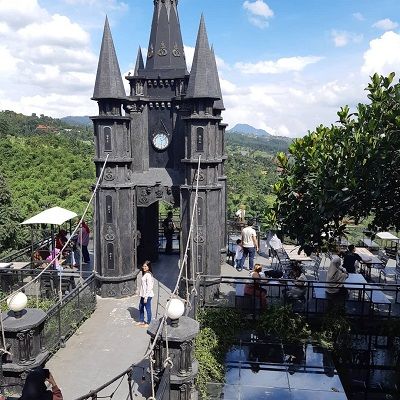 Photo credit @anggun.ny
Being one of the most visited nature tourism spots in Bandung, Puncak Ciumbuleuit is a place you’re definitely want to put on your travelling list. Located 5 km from the heart of the city, you wouldn’t regret leaving the hectic nature of Bandung on New Year’s Eve – for its captivating view will caught your eyes in a matter of second, especially at night. If you’re interested on counting the hours before 2020 with your loved ones, accompanied by Bandung’s beautiful scenery, one thing you must be paying attention to is the time of your arrival at this spot. Make sure that you have secured the best spot around Puncak Ciumbuleuit before the midnight struck – or you will be stuck in an endless Bandung’s traffic. Don’t forget to put on thick clothes or perhaps you can bring cardigans or jackets along with you. The midnight air around Puncak Ciumbuleuit can be rather chilly and we don’t want to catch a cold on our holiday, right? 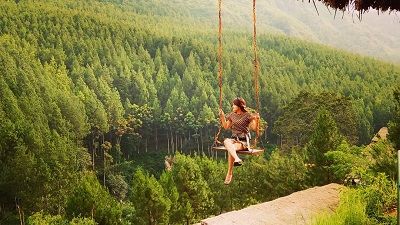 Photo credit @yean_moreyun
Over the past few years, this place has been one of the most visited tourist spots around Lembang – all thanks to the powerful combination between its unique concept and of course social media. Originally built as an outbound and camping area, Lodge Maribaya starts to amp up their game by adding a new attraction called “The Lodge Woodland” in 2016. Here, you can find varieties of Instagram famous tourist attractions such as Sky Tree, Zip Bike, Mountain Swing, and Glass Deck. If you are interested on spending the night on New Year’s Eve, you can even rent a tent provided here! Needless to say, Lodge Maribaya can be a great alternative for those who are seeking for a peace of mind on their long vacation in Bandung.