Chinese New Year All Around the World: 5 Unique Traditions to Learn About

With over 2 million people of Chinese descendants living in Indonesia alone, it is no surprising that Chinese New Year becomes one of the most celebrated religious and cultural events all over the world. Often marked by the appearance of Moon Cakes, red lantern-shaped decorations, and even Cheongsam Dress around your local market, Chinese New Year is usually celebrated during the second new moon after winter solstice, which usually falls between January and February.
Since this religious and cultural event is widely celebrated by millions of people, there are a lot of traditions around Chinese New Year that you might or might not know.  For instance, do you know that the red envelope, which heavily associated with Chinese New Year, is more than just ‘money in an envelope?’ Known as ‘red packets,’ this red envelope usually contains some amount of money which then will use as a tool to cast off evil spirits.
But, of course Chinese New Year doesn’t solely revolve around this red envelope – each aspects of this celebration have their own deep meanings. In addition to the upcoming Year of Rat, we’re here to bring you some information about five Chinese New Year traditions from all around the world! 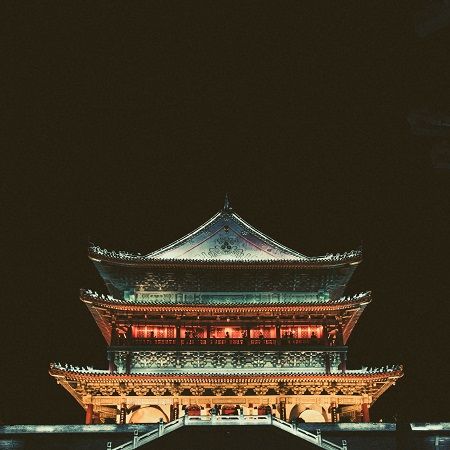 Photo credit: Alexander Ramsey
Every year, thousands of people from all around the world will gather at their local temple early in the morning, as the first and most important traditions around Chinese New Year. Worshipers will spend some time with their family members to pray and ask good fortune, prosperity, good health, and luck for many years to come. In Beijing, there is a tradition where people will visit two old temples called Hongluo Temple and Lama Temple to pray on this special day. Another story comes from Tibet, where people will make a statue out of carved butter to recreate temples and gods. This carved butter then will be used as a deity offering which can bring luck and prosperity. 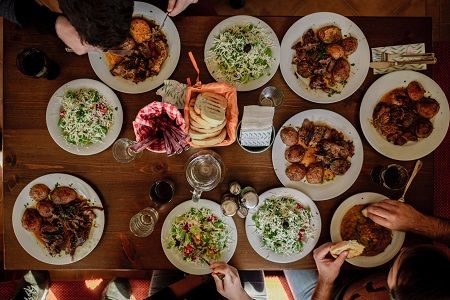 Photo credit: Stefan Vladimirov
We can all agree that any big celebrations wouldn’t be complete without a grand feast – this rule is also applicable for Chinese New Year. As one of the most important traditions after praying at temple, family dinner is surely something that people don’t want to miss. According to theculturetrip.com, Chinese New Year’s dinner has a deeper meaning than just eating food together at a large table. Since New Year’s dinner is usually prepared in a specific way, this activity is of course going to be time consuming. But, if we’re looking at the bright side, families are now finally able to spend more time together. Not only that, the meals prepared on Chinese New Year also symbolizes many good things! For example, Chinese dumpling symbolizes wealth, Longevity Noodles is for happiness and life longevity, and of course Tangerines as a symbol of good luck.

Photo credit: National Cancer Institute
Family plays a center role in Chinese culture and society. This happened due to the fact that in many Chinese traditions, family is considered as the most important aspects of someone’s life. People often seek their parents or elders for wisdom, as well as guidance around raising their kids, finding eligible husband or wife, etc. So, it is no surprising when family gathering becomes a ‘must-have’ activity on every Chinese New Year Celebration. Family members will gather to catch up with each other, playing board games, and exchange some gifts. Tripsavvy.com wrote that children will usually get red packets contain some amount of money and colorful candies. As for adults, they will be given hampers or boxes which contain snacks, seeds, candy, and fruits which all symbolize good fortune and good luck 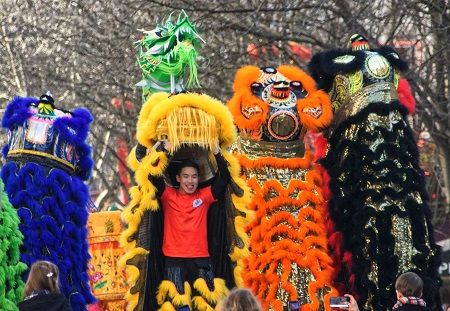 Photo credit: Pascal Bernardon
Chinese New Year celebration wouldn’t be complete without bringing your family to watch dragon dance performance. If you are wondering why dragon dance is heavily associated with this holiday, we can go back to 206 BC Han Dynasty to trace back its history. According to chinahighlights.com, during that period dragon dance was usually performed in a ceremony to worship ancestors or to pray for rain. As in Tang Dynasty and Song Dynasty, the essence of this traditional dance was shifted merely as an entertainment until these days. Similar with other traditions which filled with meanings, the bright colored dragon we often sees at Chinese New Year festivals also have its own meaning. In Chinese culture, dragon symbolizes great power, wisdom, and good luck. Therefore, many people believe that the more dragons in the dance, the more luck it will bring.

5. Cleaning up the house 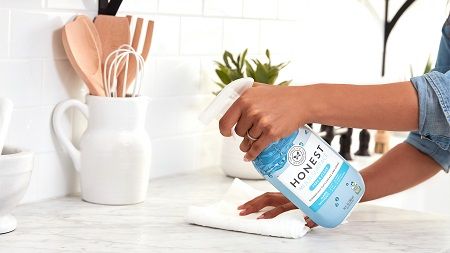 Photo credit: The Honest Company
Did you know that cleaning up the house is also one of the most important traditions on Chinese New Year? As unexpected as it might sound, people do take this activity very seriously.  Tara Parker-Pope from nytimes.com wrote that many people believe that they should clean up their house before New Year begins, as means to “sweep out the old in order to usher in the new” or getting rid of bad lucks from the past. Many people even go as further as redecorating and repainting their house to welcome the New Year! Around this spring cleaning session, houses will usually be swept from the entrance to the center, followed by light dusting if necessary. What makes this tradition unique is that after this cleaning session, cleaning tools will usually be put away and there will be no sweeping or dusting activities for the next few days – because it can sweep away good fortunes from their home.
With many unique traditions surrounding Chinese New Year, it is safe to say that this event will always be far from mundane or even boring. To add into the joy of the Year of Rat, House Sangkuriang Bandung offers a special promo for you! Celebrate Chinese New Year with friends and family at our homey hotel, starting from IDR 900.000 nett/room/night including breakfast and dinner for 2 (two).

For more information and reservation, head over to our “Offer” page and this promo can be enjoyed from staying period January 24th – 26th, 2020! Click Here